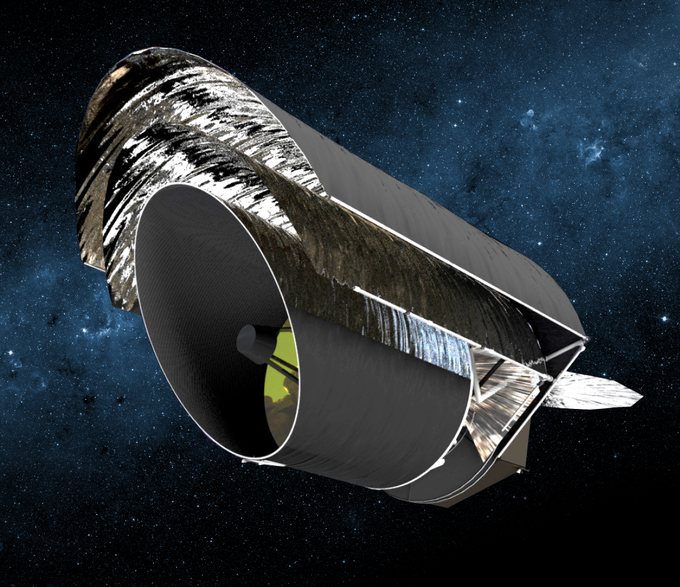 The Origins concept-2 baseline design, consists of a 5.9m diameter (25 sq. meter collecting area), on-axis telescope with a primary composed of 18 lightweight pie-shaped segments arranged in two concentric rings. The telescope is diffraction-limited at 30 microns. All of the telescope optics are  shielded and both radiatively and actively cooled to a temperature of ~4.5K. The telescope optical coatings allow for the operation of science instruments spanning the range from 5-600 microns.

For additional information, including sensitivity plots, and more details about the instruments, the observatory, and the science, see our new Origins Brochure. 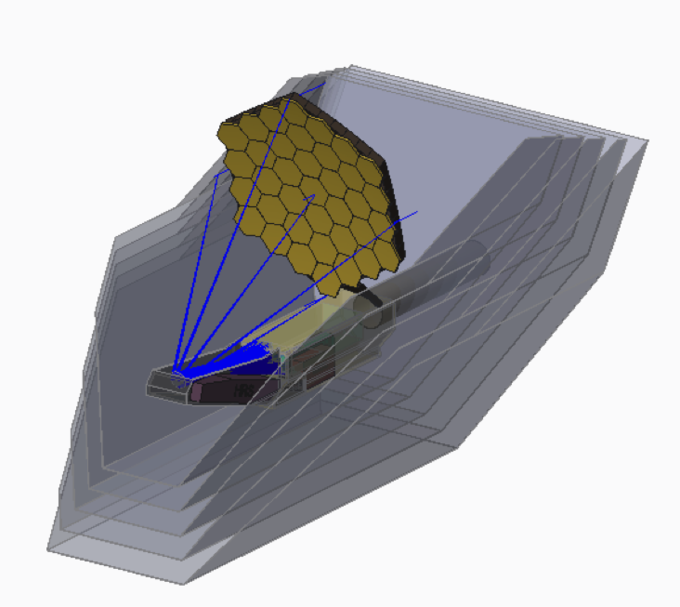 The first Origins design, consisted of a 9.1m diameter, off-axis telescope with a primary composed of 37 lightweight hexagonal segments. The primary mirror fed secondary and tertiary mirrors, plus a fine-field scanning mirror to improve the mapping efficiency for large-area observational programs. The telescope was diffraction-limited at 30 microns (with a goal of 20 microns), and deformable mirrors within some science instruments allowed for even finer spatial resolution. All of the telescope optics were  shielded and both radiatively and actively cooled to temperatures of less than 6K. The telescope optical coatings allowed the operation of science instruments spanning the range from 5 to 600 microns.

Detectors for the Far-Infrared

Far-IR direct detectors for zodi-limited spectroscopy are unique – they are not developed by the same industrial teams that build near- and mid-IR devices.  The sub-Kelvin bolometer arrays used by the microwave background groups, and in ground-based sub-millimeter instruments are the closest analogs, but OST detectors must be both lower noise (>100x) and scalable to larger formats (>50x yielding up to 500,000 pixels) than used thus far.

NASA and the US are world leaders in far-IR detector technology, with at least three approaches under development, all of which have produced compelling demonstrations through modest research grants:

Each approach has the potential to meet the needs of OST, but all require development to achieve the necessary combination of large format and sensitivity.